THE LISTENING ROOM   •   RARE AND UNRELEASED

It was Monday the 24th of July, 1967.  I was 27 and working at United and Western recorders in Hollywood.  I had a double session booked that day (2 three hour sessions with an hour break).  It was booked in Western Studio 1, the great and last studio with chambers built by B 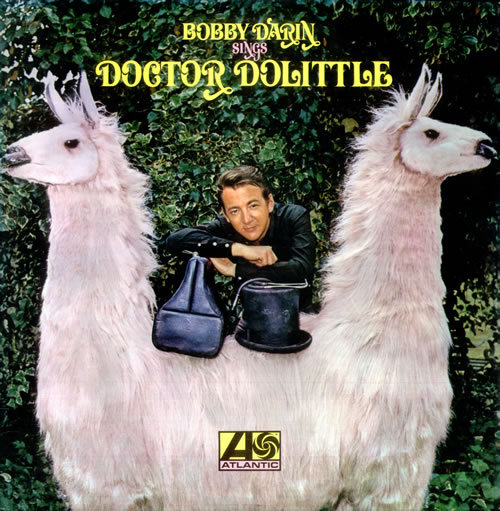 ill Putnam.  Western One (now EastWest Studios) was a studio that I loved and had done a great deal of recording in.  It was also the room I where I was to record my first Gold Album, Judy Collins’ “Wildflowers”.   To this day it remains one of my all-time favorite studios.  The artist was Bobby Darin and the orchestra was about 35 musicians, a nice size orchestra of Hollywood’s “A” team that with good arrangements could easily sound much larger.  Other than that, I had no prior contact with the Producer, Artist, Arranger or Conductor.  Again this was standard for the day.  All I knew was the artist, date, hours, studio and instrumentation.

From and interview with Bobby’s Musical Director and the Arranger / Conductor of “Bobby Darin Sings Dr. Doolittle”, Roger Kellaway:

“My favorite http://www.mtmorton.com.au/?page_id=319 Bobby moment comes whenever I hear our performance of “After Today” [Bobby Darin Sings Dr. Dolittle] I’m transported immediately back on stage doing our “magic” together. Also, when Bobby recorded this tune he had a cold—–you can hear a darker quality to his voice. This adds to my emotional connection to the tune. [Remember: 1967 recording was in 4 Tracks and live. That means that the orchestra was setup to be recorded in 3 tracks, leaving only one track for the vocal. That meant that if Bobby wanted to change anything about the vocal, we would be replacing the existing vocal. Imagine this strain with a cold!”

This is a personal favorite from an entire album of favorites.  Just remember, this is all live!  No overdubs, no edits.   Recorded just as it happened.  No headphones (except so Bobby could hear the band and the conductor could hear Bobby) in one big, great room with a vocal booth and only a few sound flats and gobo’s !

And yet another personal favorite.  Short, sweet and again … Bobby Darin at his best!

The complete story of the making of this album is located here.