During my 50 year career I have been an internationally recognized Recording Engineer, Mixer, Sound Editor, Sound Designer, Producer, Facilities Designer, Technologist, Academic and Manager in the Entertainment and Entertainment related Industries. 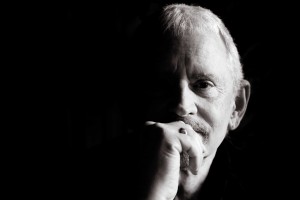 My various careers began during my high school days as a Photographer … which after graduation included a degree in Portraiture from Brooks Institute of Photography in Santa Barbara California.  The next 20 years included being a Recording Engineer, Music Mixer and Producer in the US Music Industry.  This was followed by a 16 year career as a Sound Designer and Sound Editor in the Hollywood Motion Picture and Television industry and around all of that, an Academic at a number of US and Australian institutions.

My sound career began during the early days of hi-fi and mono analog audio.  Working through the advent of stereo and the early days of multi-track recording, I made the transition into digital audio early while working in film and television at Hollywood’s Todd-AO Studios. In the US alone I have been awarded more than 20 Gold and Platinum records, and worldwide, my projects have sold well in excess of 40,000,000 copies.

Over the course of my career I recorded, mixed and produced hundreds of albums.  Working across a stunningly wide array of musical idioms that included artists ranging from Bonnie Raitt, Jackson Browne, Jim Morrison, Tom Jones, Warren Zevon and Linda Ronstadt to Weather Report, John Coltrane, Freddie Hubbard and Duke Ellington.  In addition to this I worked with Cher, Delaney and Bonnie, Arthur Lee and Love, Kris Kristofferson, Little Feat, Judy Collins, Paul Butterfield, Nico and John Cale, Bobby Darin, The Righteous Brothers, The Everly Brothers and Les Brown, to name but a few.  A comprehensive Discography can be found here.

And as a Sound Designer for motion pictures and TV, my credits include such major hits as Scent Of A Woman, https://www.twopointzero.com.au/generic-viagra-online/ Twin Peaks, While You Were Sleeping, Robin Hood: Prince Of Thieves, Beauty and the Beast, The Firm, The Fabulous Baker Boys, Dallas, Benny and Joon, Separate But Equal, White Palace, Fresno, Major League, Max Headroom, Blue Chips and many more.  Those credits can be found here.  My body of work has garnered six Golden Reel nominations and five Emmy nominations as well as an Edison Award and a GRAMMY® nomination for being the producer and engineer of Jim Morrison’s posthumous poetry album with The Doors, “An American Prayer”.  Jim and I were co-producing Jim’s poetry album after Jim left The Doors when, before we could finish the project, Jim sadly and unexpectedly died at the age of 27.  More than 7 years later I was instrumental in helping to realize Jim’s dream of being remembered as a poet come true with “An American Prayer” which, to date, has sold in excess of 1 million copies, unheard of for a poetry album.  The complete story of the making of that album can be found here.

I currently live on a 10-acre property high in the hills of the Huon Valley outside of Hobart, Tasmania, Australia.  The residence is also home to my comprehensive 5.1 Pro Tools mixing facility.  I am a beta tester for Waves, co-developer of the Kramer Master Tape plugin and I’ve had the honor of being appointed a Waves Artist.  I still mix for select artists, enjoy developing artists, support the Australian arts and artists, occasionally lecture and I am still active mixing musical scores for Australian feature films and documentaries.